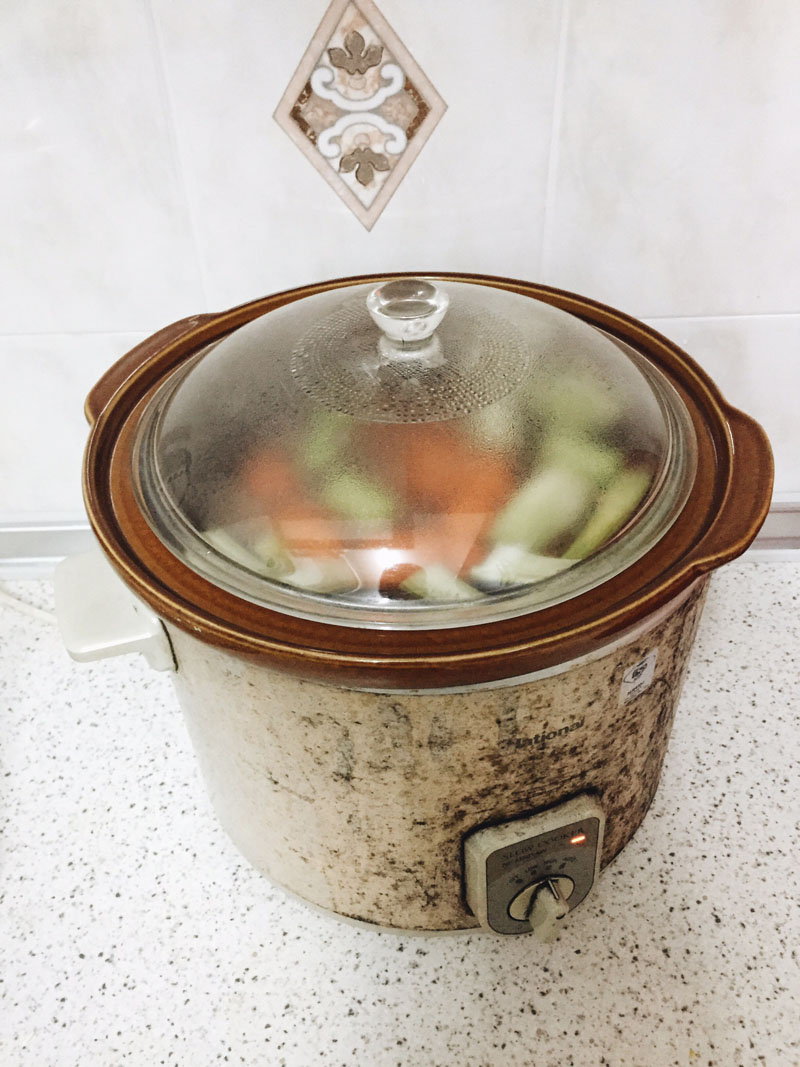 This is not an ordinary slow cooker. This is the slow cooker which my Mommy makes nourishing soup, porridge, herbal drinks and Chinese dessert for me when I was a little girl. For two decades, this enduring slow cooker fed me and helped me grow up strong and healthy!

I needed a slow cooker to make bone broth for the Boyfan’s parents. As they have been suffering from joint pain, their chiropractor, Dr.Green, advised them to drink more bone broth made from chicken feet.

Properly made bone broth contains high level of collagen which is essential for healthy joints. Naturally, it’s good for skin too. Since I’ve read about its many benefits in ‘Nourishing Broth’ by Sally Fallon, I’m planning to include at least a cup of bone broth in my diet daily. 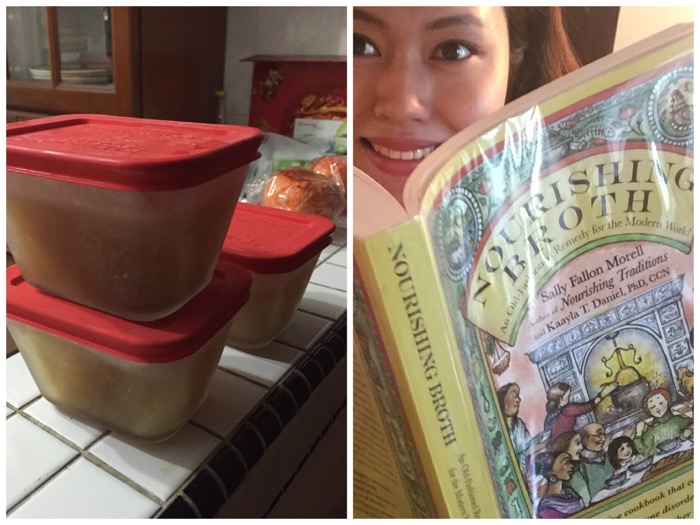 When I mentioned to my mother that I wanted to buy a slow cooker, she told me that she’ll give her mine; she rarely use it as she prefers using her thermal cooker instead. Of course I said yes!

Nowadays I have bone broth simmering in this old crock pot very often – about one or twice a week. It makes my home smells so heavenly! Maybe it’s just me, but aroma of slow boiled chicken broth and the golden liquid it produced made me feel more at home and loved.

I wouldn’t trade this precious slow cooker for a brand new one!