We like to debate who’s smarter. He believes that he taught me a lot of things and hence he’s smarter. I seem to always amuse him with random facts he didn’t know, so I think I’m smart too. Here’s a conversation at the Edo-Tokyo Museum 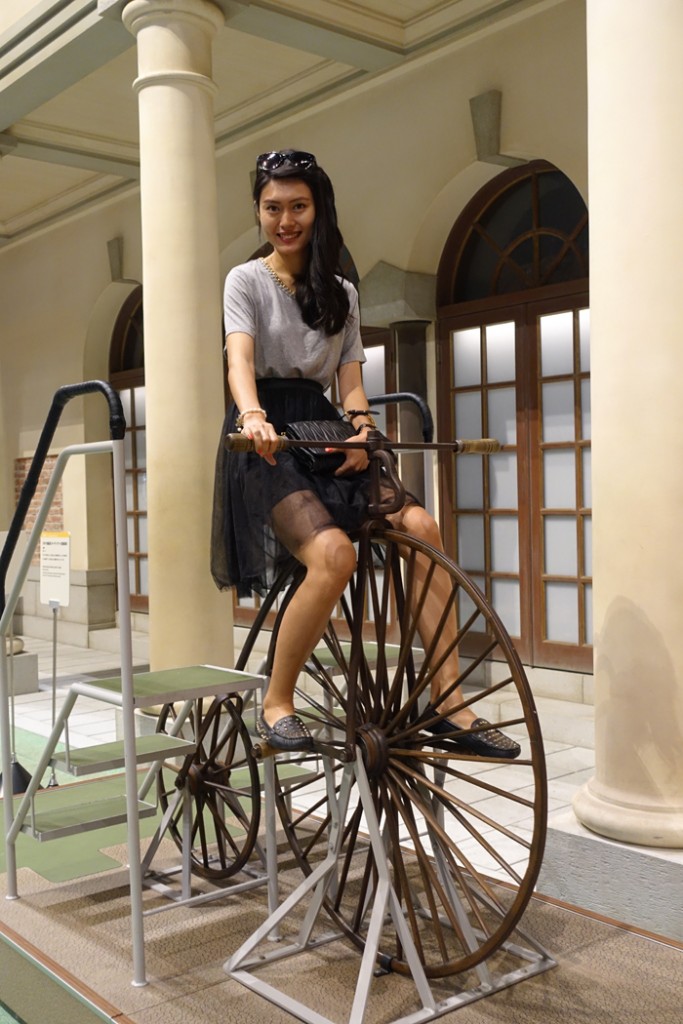 I exclaimed upon seeing the bicycle I’ve read in my favourite encyclopaedia when I was a kid. I was so excited that my childhood memory came alive! I think it’s almost like seeing Mickey Mouse for the first time.

“The bicycle over there. It’s called the penny-farthing”

“No! It’s named after the smallest and the biggest coin in Britain!”

So he Googled. And of course, I was right.