I followed the US election with much interest. One of my favourite read so far is this “An American Tragedy”, which well summarised how I feel.

“The election of Donald Trump to the Presidency is nothing less than a tragedy for the American republic, a tragedy for the Constitution, and a triumph for the forces, at home and abroad, of nativism, authoritarianism, misogyny, and racism. Trump’s shocking victory, his ascension to the Presidency, is a sickening event in the history of the United States and liberal democracy. On January 20, 2017, we will bid farewell to the first African-American President—a man of integrity, dignity, and generous spirit—and witness the inauguration of a con who did little to spurn endorsement by forces of xenophobia and white supremacy. It is impossible to react to this moment with anything less than revulsion and profound anxiety”

Well, at least now I can say I spoke to the US President once. Seven years ago, I asked Trump, “Are you happy?”. Luckily I kept a blog and found this: 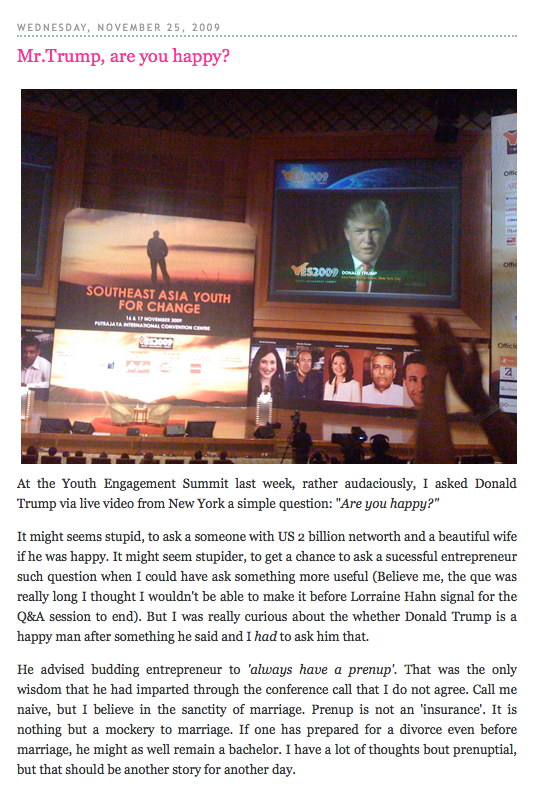 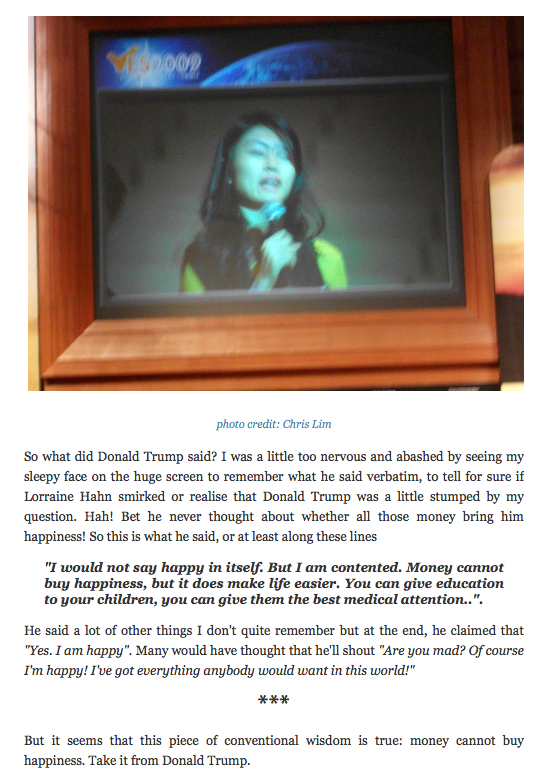 If I asked him this question today, it must be a resounding ‘yes’…