Hola! I’m sitting in a fast train running at a speed up to 200 km/h, swiftly transporting me from Valencia to Barcelona in three short hours. After reading the history and food of Valencia, it’s time to recap my three days stay in a serene and bountiful land. 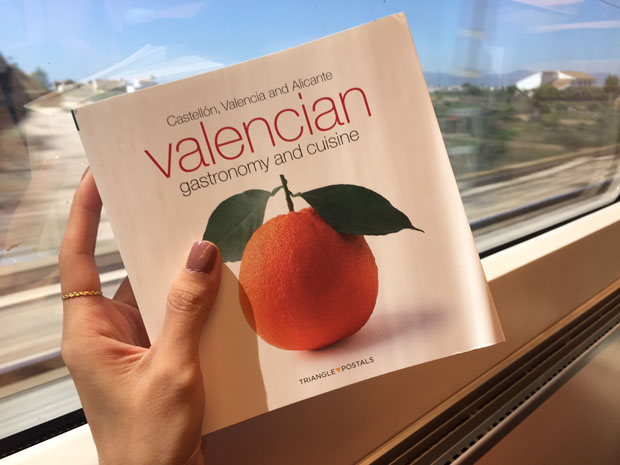 Before, Valencia is a city I knew nothing of except that the oranges I often squeeze at home hail from this land. Little did I know that Valencia has much to offer and make it to the few cities I’ll love to go return to. Here’s 10 things I did in this Spanish land:

1. Eat paella
Paella is a signature Spanish food which originated from Valencia; particularly the variety with chicken and rabbit meat. Hence while in Madrid, we only ate jamon, cheeses and tapas. When we arrived in Valencia, the first thing we did was book for late lunch at Restaurant Raco Del Turia, which offers the best paella in town.

I can’t make myself to  eat cute bunnies, so we had seafood paella made from seafood stock from monkfish accompanied by sangria, grilled cuttlefish, bread with olive and balsamic vinegar and seafood soup. It was my first and best meal in Valencia! 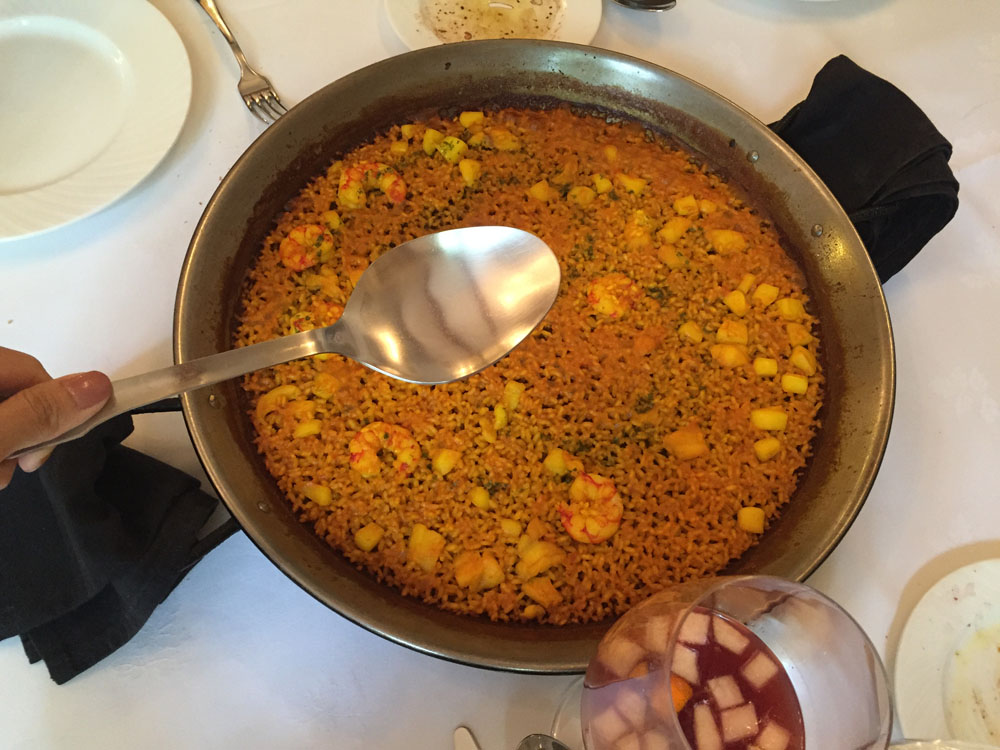 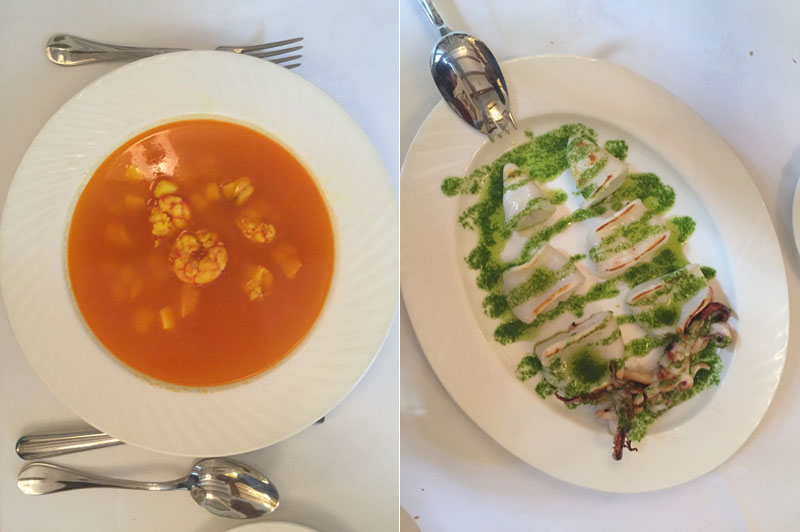 2. Take photos with an orange tree
As time did not permit, we didn’t go to the orange orchard situated 40 km from town. So we just make do with orange trees peppered around town. I was so tempted to pluck one! 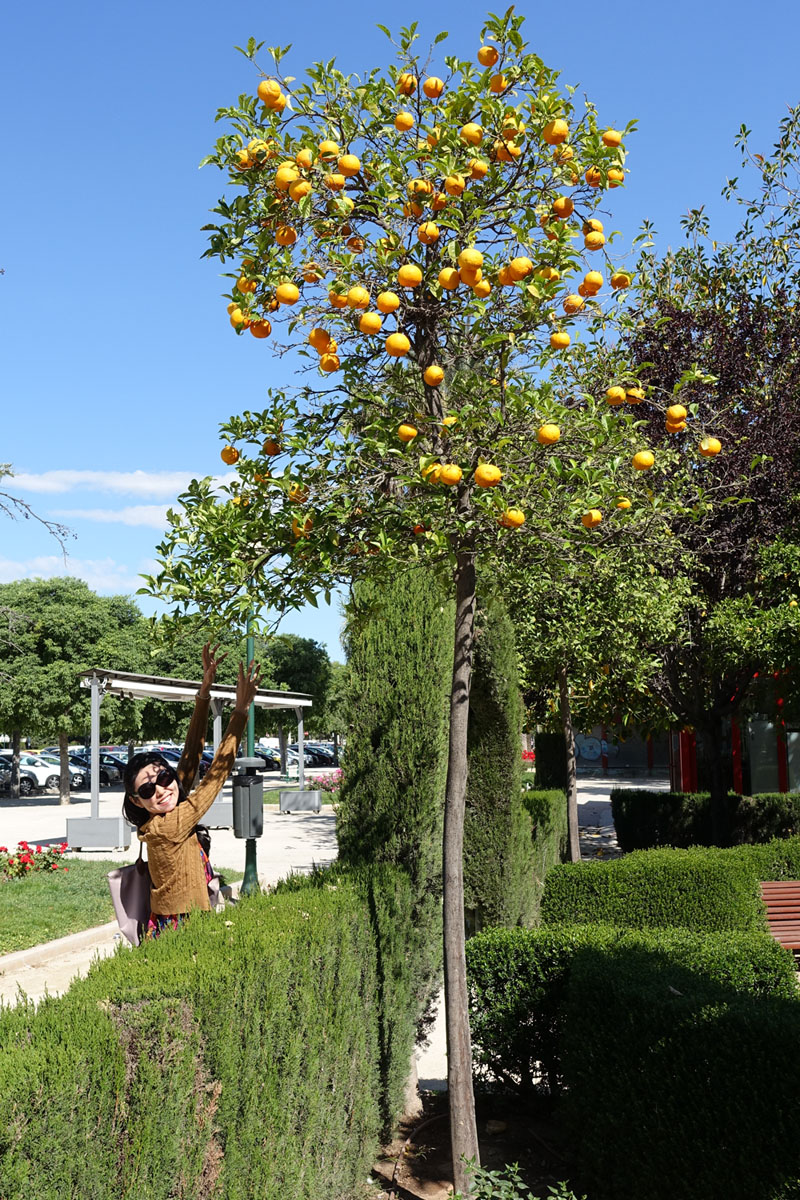 3. Visited the Central Market
Oh, the Central Market is my favourite place in Valencia and many tourists seem to agree with me. It’s filled with fresh produce and artisanal products. You find artisanal cheeses, cured meat, salted fish, horchata, nuts, fruits and vegetables of all types. If I live there, this will be the only market I will patron! 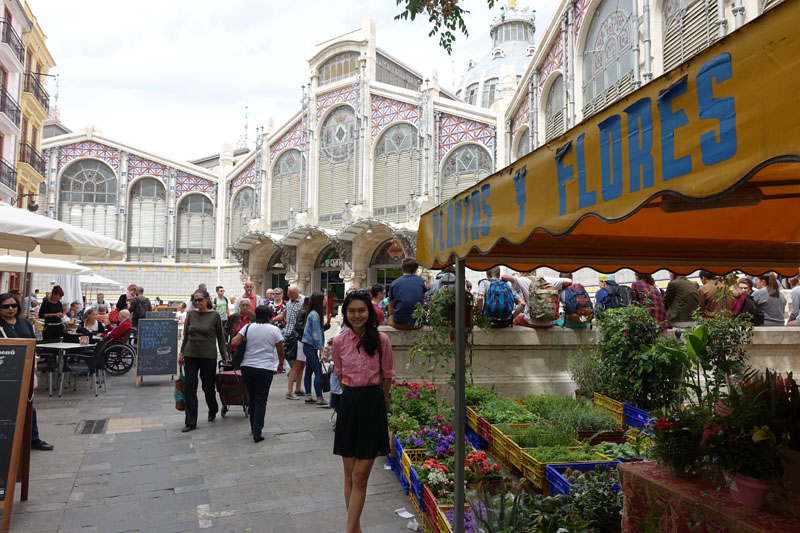 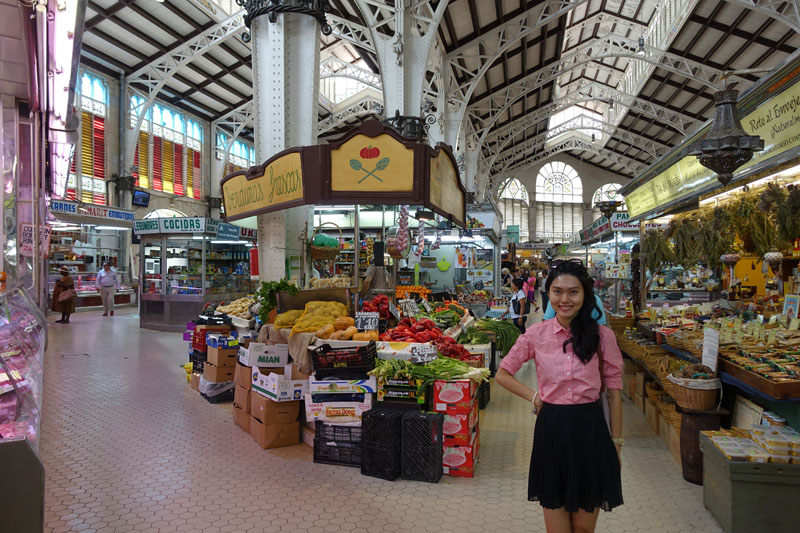 4. Bought orange blossom honey
Valencia is a number one honey producer in Spain; orange and rosemary honey being the most popular. I bought the former and thyme for the artisan recommended it, saying that it’s good for the throat. A bottle of 500 ml of pure honey is only 7.50 Euro! I was so tempted to buy other bees product like pollen but there’s little space in my luggage bag.

5. Visit Silk Exchange (Llotja de La Seda)
This place used to be the place where silk was traded and is a UNESCO heritage site. Though it looked more like a church than a trading centre and little was said about the silk trade.

6. Had horchata under the orange tree
Horchata is a drink made from tigernuts. The taste and texture is similar to soya bean milk. We bought a 1L bottle for 5 Euro and enjoyed it at at the garden in Llotja de La Seda, right under the orange free 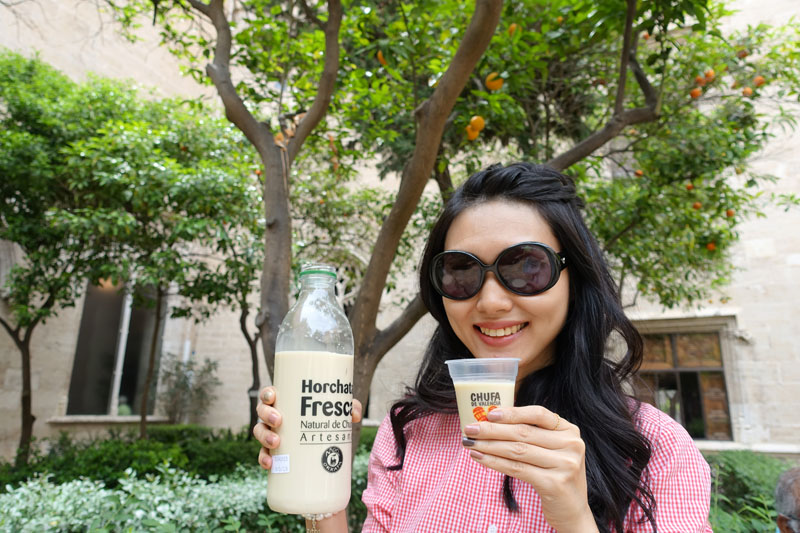 7. Bought paella pans!
Not too far from Llotja de La Seda, there was a stall specialised in selling equipments for paella. I can’t help but buy a few pans for my kitchen. Lookout, I will be making paella at home soon! 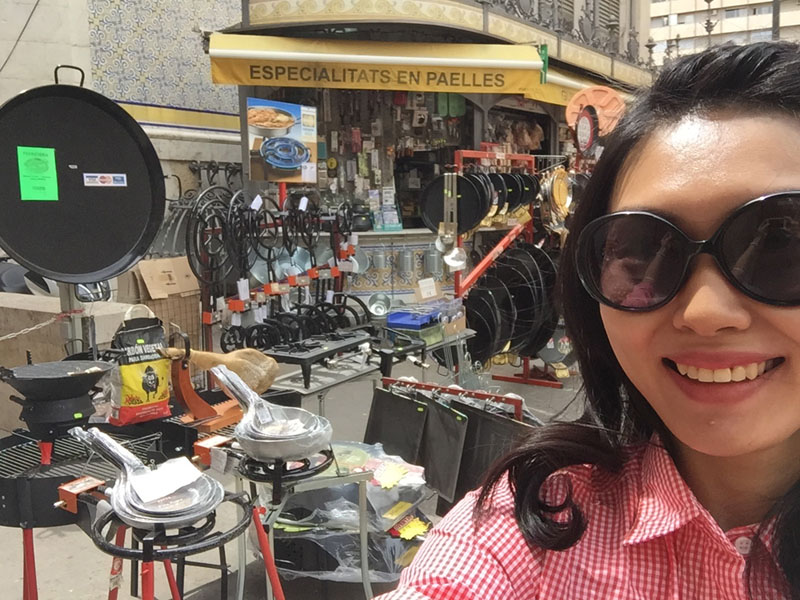 8. Check out the art and science museum
A futuristic building with water features, we came just to admire its architecture. Though I’m no fan of modern buildings, I enjoyed the ambience of it. It was very relaxing and a great place for family to hangout. We saw friends kayaking and kids in huge inflated balls looking like guinea pigs in treadmills! 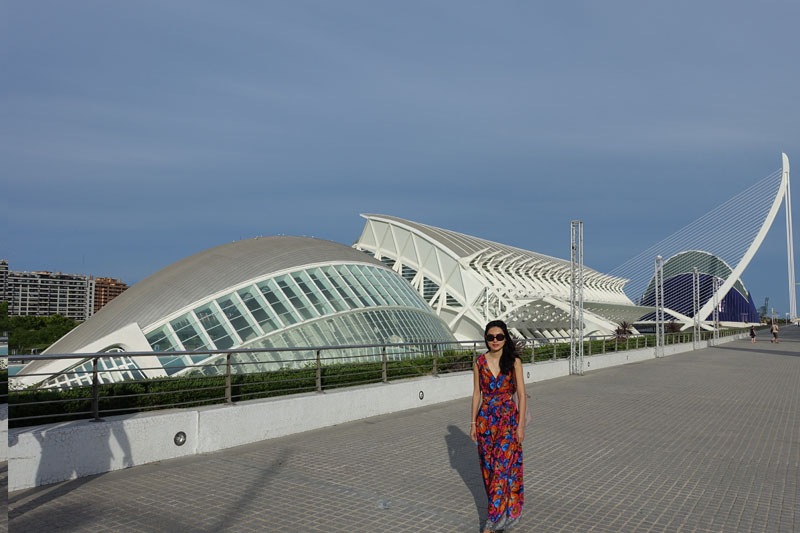 9. Enjoy a meal at Turia beach
The Turia beach is so wide it looked almost like a desert. As we were not appropriately dresses, we didn’t explore the beach. What a pity. But at least our meal at El Paco was good. Though there seemed to be a lot of ill comments at Tripadvisor, the food were delicious. Fresh mussels steam with bay leaf, lemon and possibly a little wine; sea bass and paella made my tummy very happy. 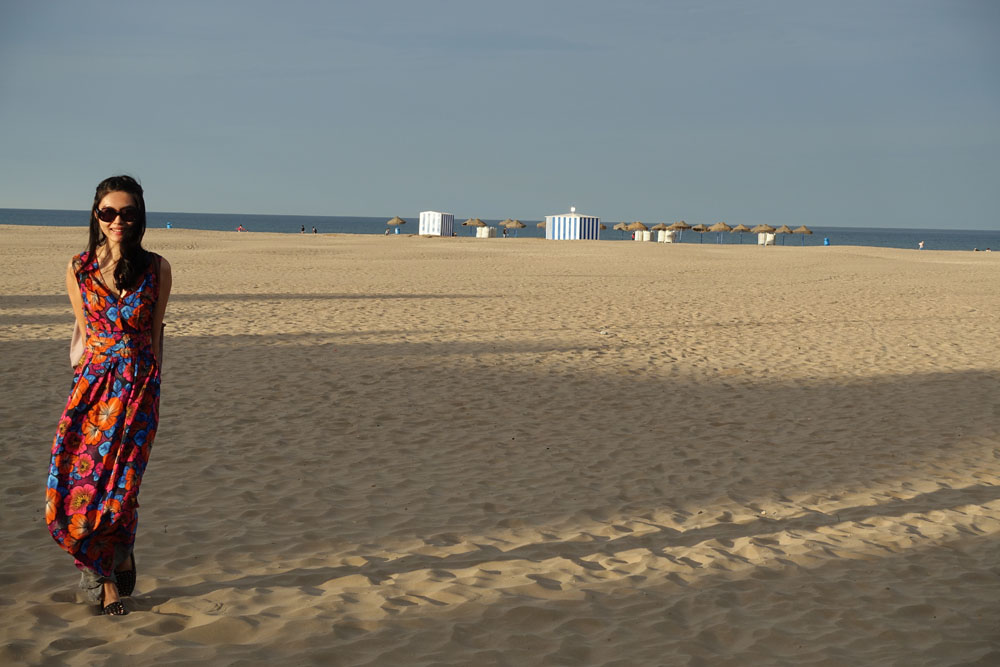 10. Saw the holy grail Jesus used at the last supper!
At the main cathedral at the old town, we chance upon the holy grail! Many historians believed that the chalice was used by Jesus before he was crucified. Unfortunately it was placed faraway for I’ll love to have a good look at it.

Other interesting thing in this cathedral includes two Francisco Goya’s paintings; one showing the first demon which appeared in his work. Though I don’t like melancholy and dark work of art, I somehow like the twelve Black Paintings at the Museum in Madried.

I also saw an arm of a saint which did not rot. It looked like jamon except that it was not preserved in salt. As I believe in science, I’m dumbfounded and amazed that some religious people do not rot though their body were not preserved like mummies. Truly a miracle! 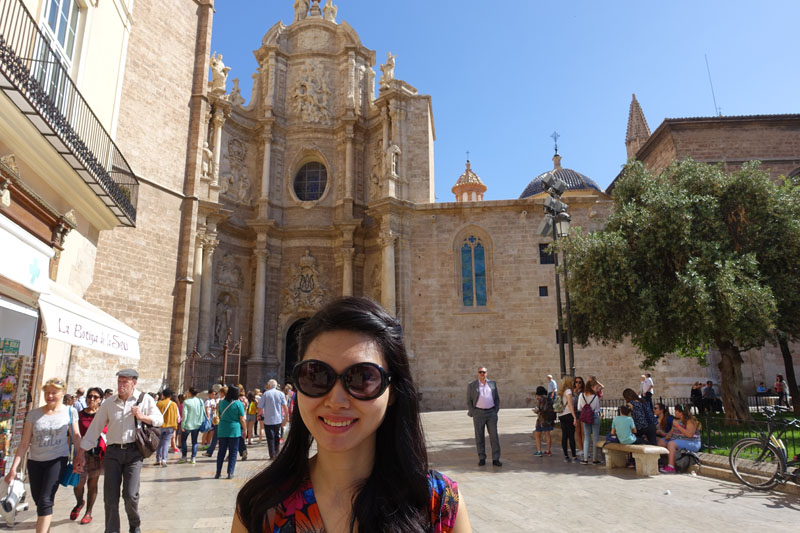 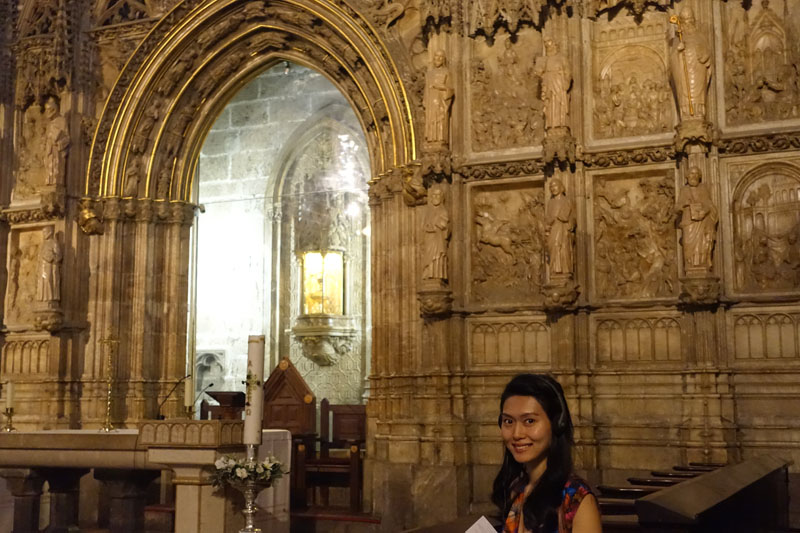