My last trip to Tokyo was more exciting to me than any other trip. When I was sixteen, I went on a student exchange programme to Japan and told myself that I’ll be back. As it was very memorable to me, I remembered my feelings and thoughts then, hence able to compare and contrast to those I have now. My thoughts, perspective, values and knowledge changed so drastically; I’ve never felt that I’ve grown so much. 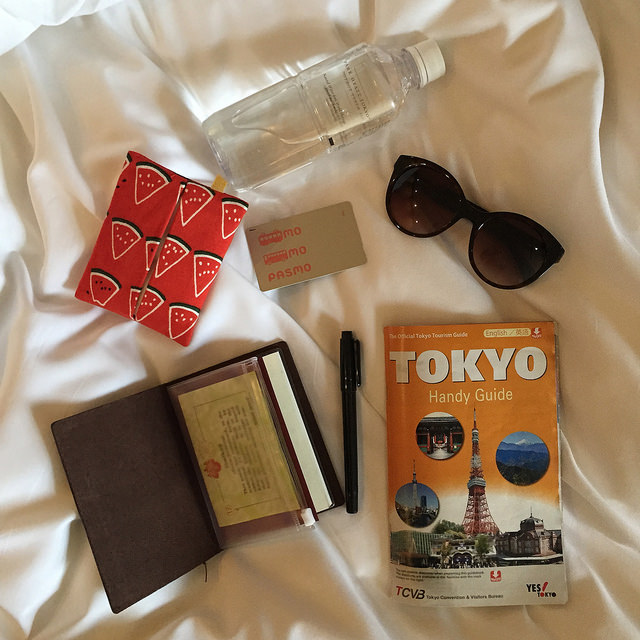 Exploring Japan was easy though the train system can be rather confusing. Do get a copy of TOKYO handy guide; I got mine from the airport and I’ve seen it at a lot of public places. Here’s what I did:

1. Explore Park Hyatt Tokyo
I’m normally not too excited about hotels unless it’s an island by itself such as St.Regis in Venice. But this, I looked forward to stay as it was where Lost In Translation was filmed. Plus waking up to see Mount Fuji from the room was amazing! 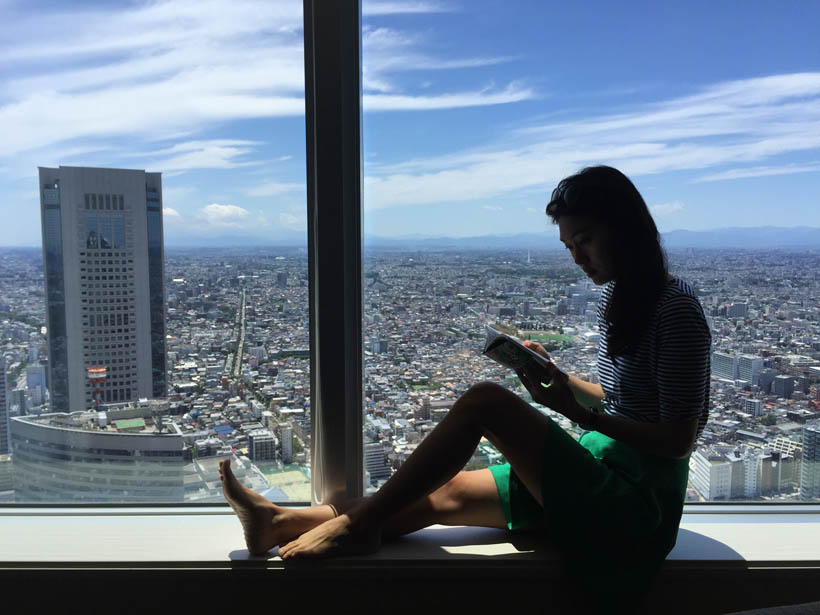 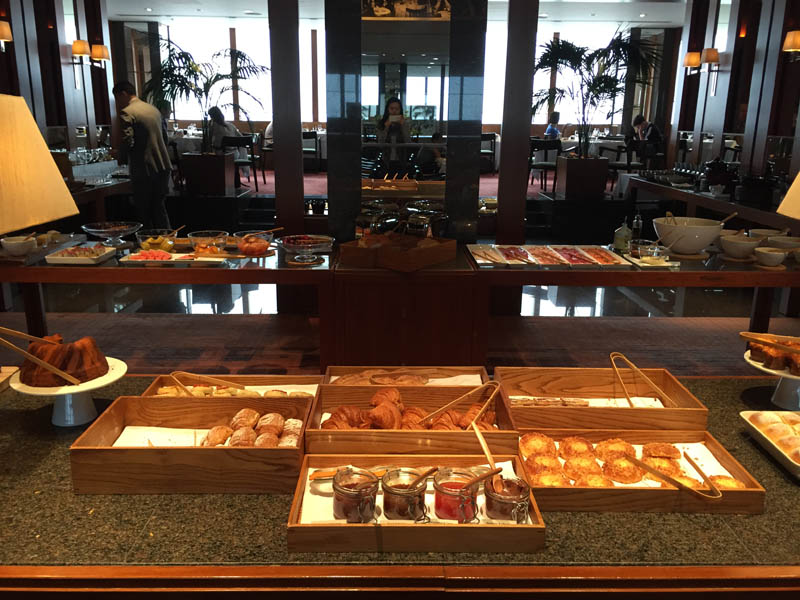 2. Visited the Marunouchi Station and Imperial Palace
I took the train to the Marunouchi station and walked to the palace. Since seeing Versailles in France and The Forbidden City in China, the size of royal residences no longer overwhelm me. Versailles was glamorous and Forbidden City was cold,but this palace felt calming. As it was summer and flowers were blooming, I saw Japenese octogenarian sitting by the park to paint. How lovely! 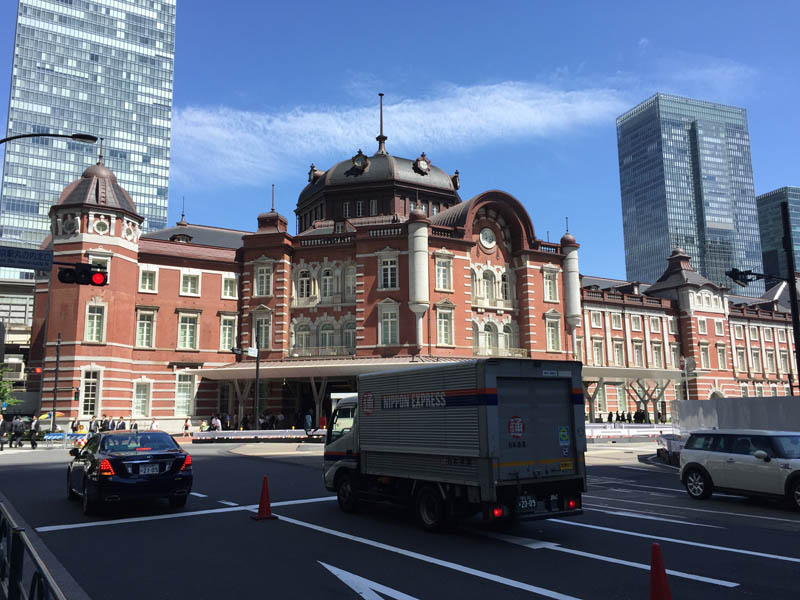 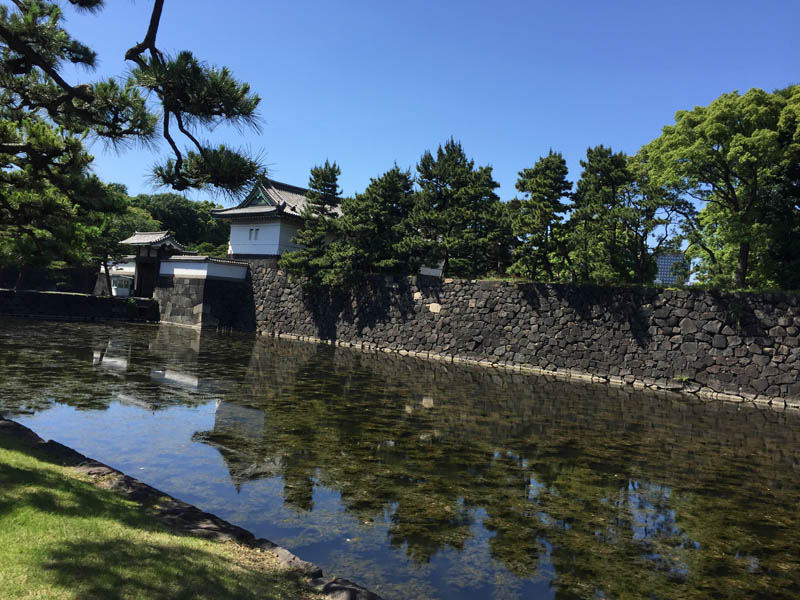 3. Visited the Tsukiji Fish Market and watched the tuna auction
I woke up at 2 am for this! I think it’s best to on the first day when you’re so tired from the long flight, it’s possible to sleep right after dinner. More here 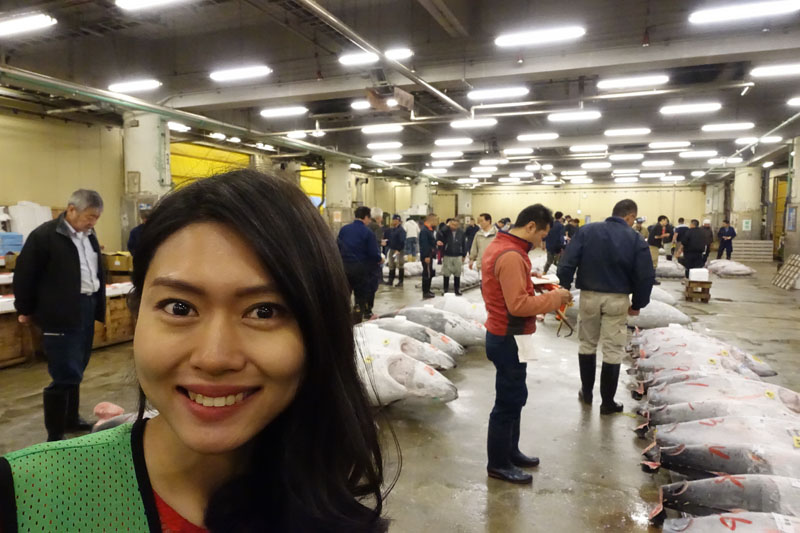 4. Hangout at Ginza and check out its crossing
This is a sight to behold. Once the pedestrian traffic turns green, you’ll see a large number of people walking towards and away from you. Though surprisingly it was not as crowded when I was there. I wonder why… Oh, and we had pork cutlet at one of the most popular restaurant around. Yummy! More: School Girl In Ginza 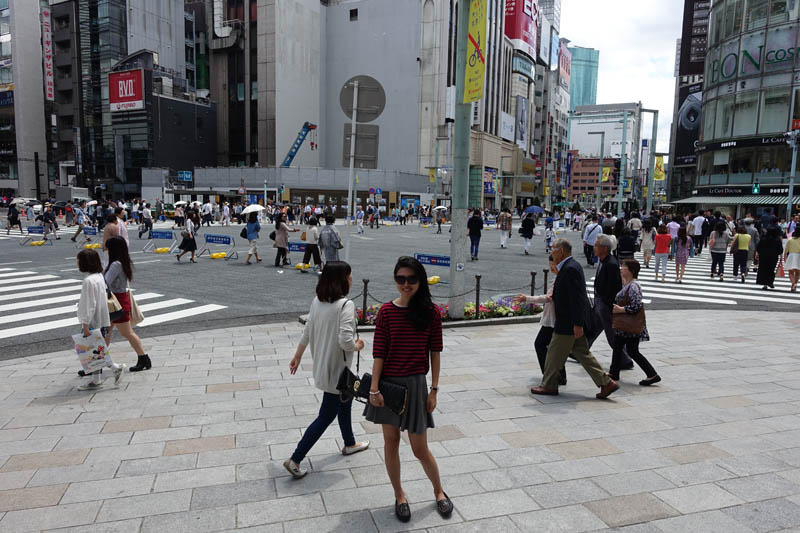 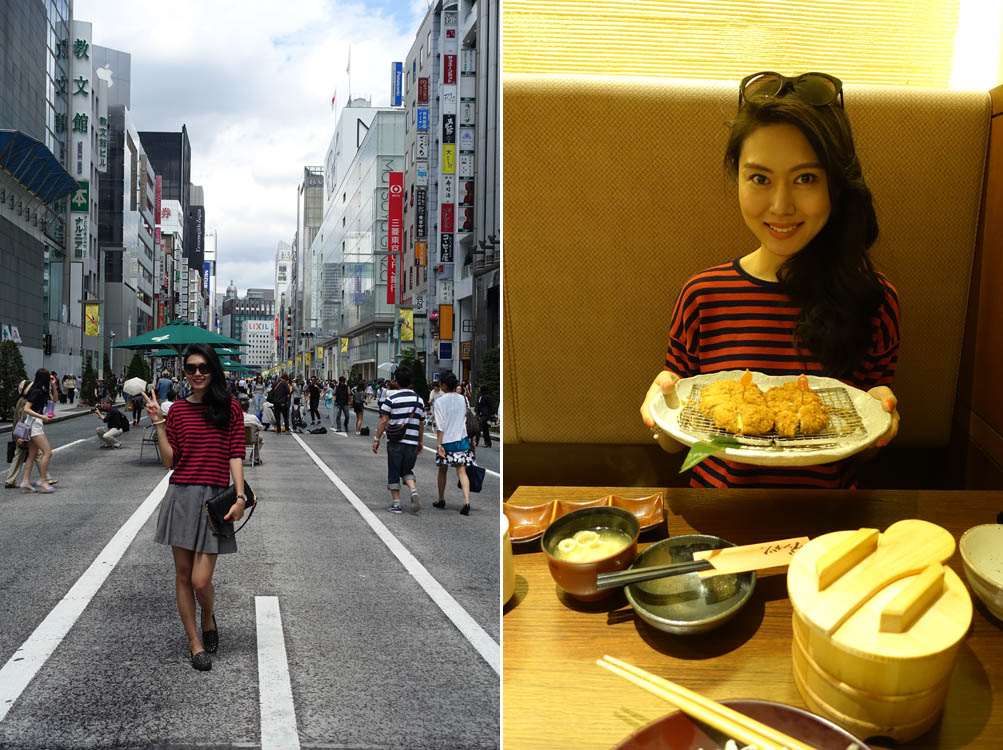 5. Had dinner at the famous fermented food restaurant and met chef Nobuaki
I tried real miso here. So different from those that I know! Read more here 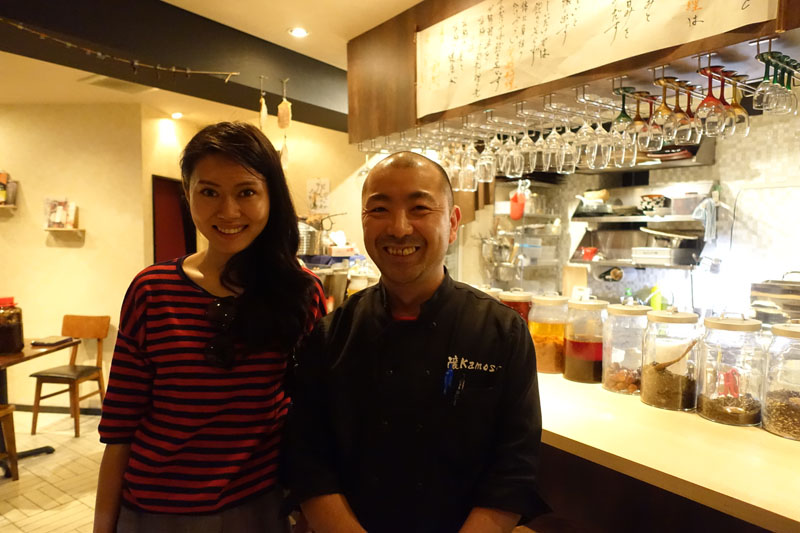 6. Made wishes and asked for my fortune at Meiji Jinggu
This place was made for the soul of Emperor Meiji and Empress. I’m really impress with their loyalty. And Meiji spoke to me through the Omikuji (poem-drawing)  which I paid 100 yen for.

“Should you but resolve to climb
That peak towering to the heavens,
You will find there is a pathway
To its very summit” I love going to obscure, independent shops and discover unknown gems. So we wandered around the the hip Tomigaya 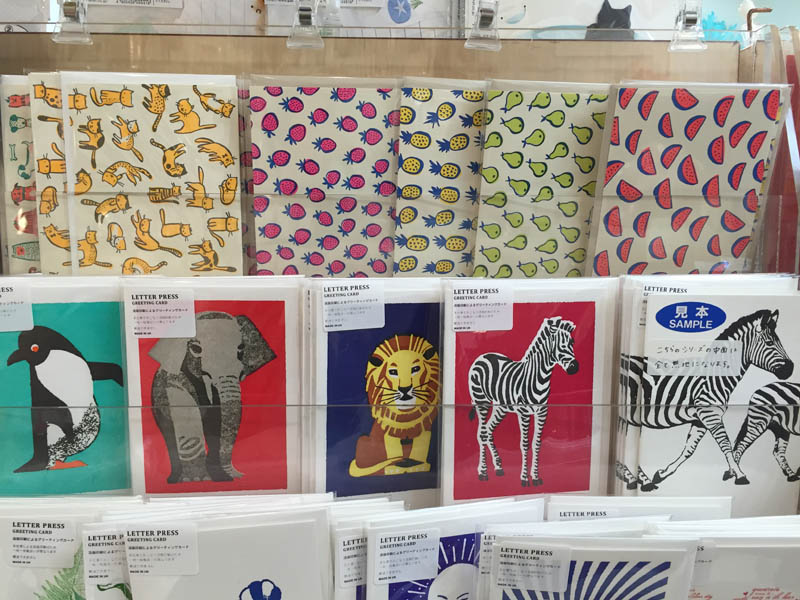 8. Learn about Japanese history at Edo-Tokyo Museum
Much of what I know about Japan is rather negative. It’s refreshing to learn more about the height of Japan during the shogun era and the amazing art/culture this country produced. Oh, and I found the origin of sushi. It was suppose to be quick food for busy merchants/workers. Now it’s like a luxury! 9. Check out the biggest bookstore (Tsutoya) and stationery shop (Itoya)
You can’t believe that I spend hours at these two shops. My favourite purchase: Midori notebook and other accompanying items. So pretty! 10. Hangout at Harajuku
Unfortunately, the Harajuku girls weren’t there. Perhaps, they were all at Ayumi Hamazaki’s concert. So I entertained myself by taking a photo for the anti-bullying campaign and spend quite some time at Takashite street checking out funky fashion items and sales people who sport pink hair and wear funny costume. Young Japanese are so expressive! 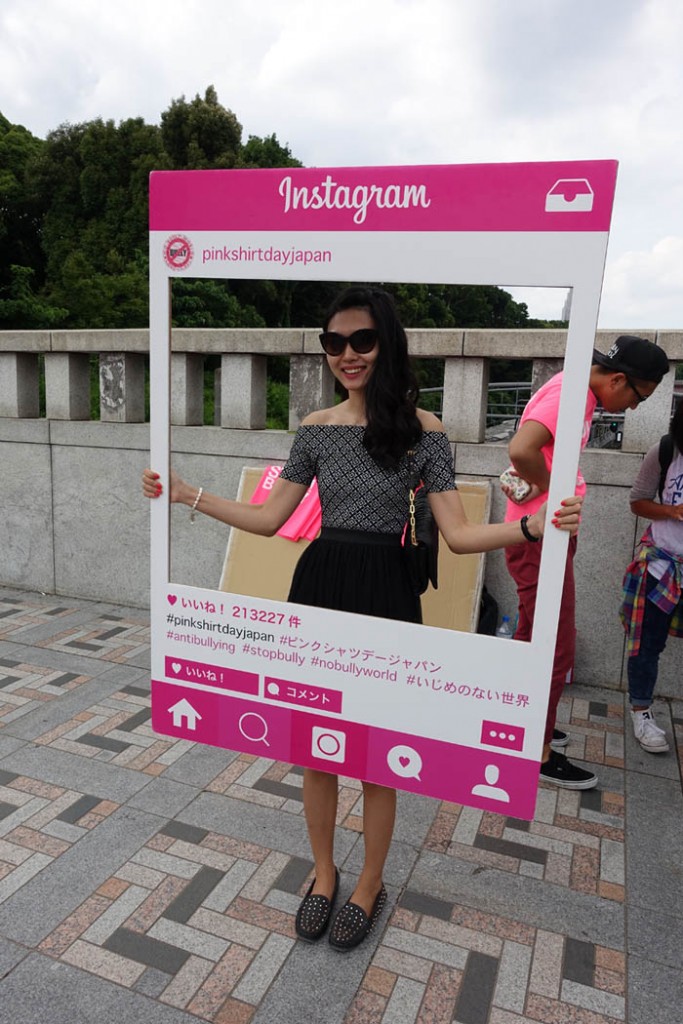 It was a rather relaxing trip without agenda. I also checked out the night life in Roponggi and visited SkyTree, though those are not too interesting to me for I’m info food, histor,y and culture more than drinking-partying, modern architecture, and shopping. And though I’m unable to see my host family this time, I’ve spoken to them that I’ll surely be there in one or two years time. I’ll be back to Japan soon!

TO CHECK OUT NEXT
Scroll to Top